Interview with Rupert Scofield, author of The Social Entrepreneur’s Handbook.

Over the past 38 years, Rupert Scofield has served in every capacity in the not-for-profit world. In one of these roles, as president and CEO of FINCA International, Rupert was present at the birth of the microfinance industry, making his first micro loans in 1972, a full 5 years before Nobel Laureate Muhammad Yunus.

From the spate of debtor suicides in India to accusations that commercial microfinance institutions are little more than cover for loansharking organizations, the microfinance sector has come under suspicion in recent times. However, in an interview with The Telegraph‘s Sumant Bhatia, Rupert explains why he still believes micro finance is a powerful force for good, despite the damage to its reputation caused by a few bad actors. Rupert explains how micro-enterprise can be part of the solution to massive  youth unemployment in the Middle East, which helped to catalyze the recent “Arab Spring”, Further, he outlines what he hopes will come from FINCA’s work in the region. Watch the entire discussion here.

As a social entrepreneur Rupert has taken many of the principles typically reserved for amassing personal wealth and applied them to the charity sector, creating a profitable organization which then ploughs its profits back towards its beneficiaries. Rupert believes this phenomenon could redefine not just the non-profit world but the world itself.

Rupert Scofield is President & CEO of a global financial services empire spanning 23 countries of Latin America, Africa, Eurasia, South Asia and the Middle East, and serving 1.2 million of the world’s lowest income entrepreneurs with an outstanding loan portfolio of $850 million. Rupert Scofield is President & CEO of a global financial services empire spanning 23 countries of Latin America, Africa, Eurasia, South Asia and the Middle East, and serving 1.2 million of the world's lowest income entrepreneurs with an outstanding loan portfolio of $850 million. 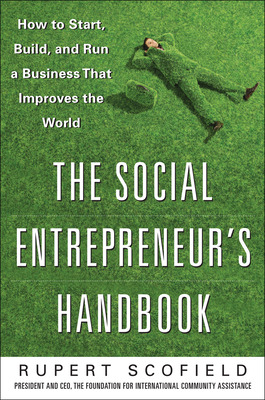