How many punch cards or plastic customer loyalty cards are you carrying around in your wallet?

How many scanable barcode tabs circle your keyring?

I suspect I could learn a lot about you by looking for the well-worn loyalty markers you carry.  Are you a CVS shopper, a Walgreens advocate, or someone who has split loyalties – an equal opportunity rewards collector if you will.

If loyalty programs matter in business today, what company might you look to emulate?

For me, one clear example is Starbucks. With more than 4 million participants enrolled in the Starbucks reward program globally, the integration of loyalty cards in the Starbucks mobile app and mobile pay platforms, and a closed loop system which allows leaders to offer rewards and gain access to consumer purchase behaviors, Starbucks leadership is simultaneous driving loyalty and accessing important knowledge about the wants, needs and desires of its customer base.

You may think that the strength of Starbucks loyalty rewards program can be traced to a longstanding commitment by leaders to incentivize the purchase of Starbucks products, but that could not be farther from the truth.  Having researched and written two books about the company (The Starbucks Experience and Leading the Starbucks Way,) I have worked with leaders in the company for approximately a decade.  Back in 2004, when I raised the issue of rewarding loyal customers with a free beverage after those customers hit some threshold of purchases I was met with a consistent reaction, “Why would be want to dilute the value of the first set of drinks by making a subsequent drink free?”  In the intervening years, Starbucks leaders did what all too few leaders have the courage to do – change their behavior to connect with changing consumer preferences.

Starbucks leaders re-evaluated their reasoning concerning loyalty rewards as the global recession began to take hold. Since its launch in the United States, Starbucks has progressively rolled out similar reward programs across the world. In 2010, for example, a blogger in Singapore noted, “After many years of not having any sort of rewards/loyalty program [Starbucks] finally launched a card!… It’s definitely good to be rewarded after being a regular customer for many years.”

In announcing first quarter results for 2012, Starbucks leadership reported that it gained 413,000 new members to its loyalty program in December of 2011, advancing total membership to more than 3.7 million at that juncture. The Starbucks reward program in China reflects the type of exponential growth the program enjoys, with 250,000 participants enrolled in an approximately 10-month period. In North America, the purchases made under the My Starbucks Rewards loyalty program represent almost 20% of Starbucks Card purchases.

So what does this mean to you?

First, loyalty matters and customers expect that you will demonstrate your appreciation for their regular patronage! Second, great leaders constantly re-evaluate the needs of those they serve.  In essence, leaders change; loyalty doesn’t.

Joseph A. Michelli is an organizational consultant who focuses on intersections of business leadership and workplace productivity. He is the bestselling author of The Starbucks Experience The New Gold Standard Prescription for Excellence and The Zappos Experience. One of today’s leading thinkers on the topic of customer experience Michelli also speaks to corporate audiences approximately 60 times a year. Joseph A. Michelli is an internationally sought-after speaker, author, and organizational consultant. His books include The Starbucks Experience, The New Gold Standard, The Zappos Experience, Leading the Starbucks Way, and Prescription for Excellence, which hit #1 on The New York Times, Wall Street Journal, and USA Today bestseller lists. 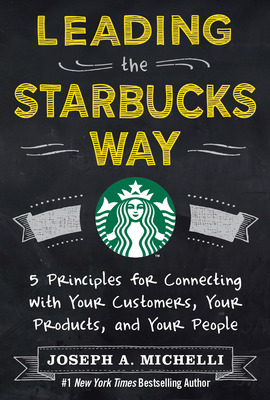