When foreigners visit China, they are often impressed by the country’s spectacular hardware: the modern architecture of the coastal areas, the fancy international hotels and luxury shopping malls, a high-speed railway that runs at more than 180 miles per hour while still providing passengers with Wi-Fi access.

The continuous news cycle that contrasts China’s economic success with the lukewarm economic recovery in the U.S. and E.U. reinforces this view. A poll released by the Pew Research Center shows that many people around the world believe China is poised to overtake the U.S. as the world’s leading superpower. China’s economy continues to chug along at more than 7.5%, with projections showing that it will surpass the American economy by 2030. Many Americans think that it is merely a matter of time before China takes over the world.

A Failure of China’s Educational System

But what is conveniently dismissed, amidst the popular American declinism, is that China still lacks the software to support and sustain the impressive hardware. By software, I refer to the rule of law, accountability, governance, and most importantly the quality of its people, as citizens, workers and managers. China’s educational system has failed to produce either an honorable or an innovative labor force  defined broadly to include those who make their living by their hands and by their brains.

Investing in a business is ultimately about investing in the people who run it. I learned from my investment career on Wall Street that a business is only as good as its managers and its corporate leadership. Assessing the integrity and quality of management should be an investors priority in performing due diligence, especially in emerging markets such as China. If the manager is a crook or has serious character flaws, none of the other business factors will make the target a good investment.

China’s success story is based on a single economic mode, that of mass production of low-value manufacturing products using abundant and cheap labor, massive capital investment and endless economies of scale. That growth prescription has lost its efficacy. The countrys changing demographics make this system increasingly unsustainable, as China’s aging population and rising wage costs eat away at the abundant supply of cheap labor.

The policy of accelerated urbanization, using carrots as well as sticks to cajole 200 million sometimes reluctant rural residents into the cities, will not reverse the trend of rapidly rising cost structure. In fact, unheeded urbanization could turn into a costly economic, human and political failure. After all, China still has yet to deliver equal rights to more than 200 million migrant workers in its cities, rural citizens who are denied access to many urban social services under China’s restrictive hukou system of household registration.

In addition, the environmental degradation that is a byproduct of the countrys capital-intensive, externality-ignoring development model is undeniable. Chinese citizens are seeing their life spans cut short by the poisonous air in the largest cities  most pronounced in the capital Beijing  the worsening water quality, and the polluted soil and food grown out of it.

A Lack of Human and Social Capital

The weakness of China’s civil society, including the absence of free media, freedom of religion and freedom of speech, is another manifestation of how the lack of human and social capital hurts the quality of life and sustainable growth prospects. Chinas leaders increasingly view the formation of a civil society as a threat to the government  a sort of insecurity on view in ongoing crackdown on social media and the mid-September arrest of a Chinese businessman known for promoting civil society.

These measures show Chinese society is moving in the wrong direction, with negative implications for its economy. To upgrade and invigorate its current economic model, China has to adopt a more open, pluralistic political system. To transition to a more value-added, service-oriented economy, the country needs a society with a judicious mix of what Albert O. Hirschman, the Nobel Prize-winning development economist, termed exit, voice, and loyalty: freedom of choice, freedom of expression and the ability to work together toward a common goal. 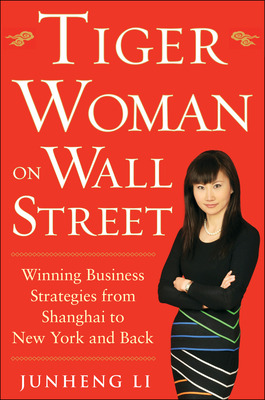