Essentially all changes in the money supply are initiated through the Feds most powerful monetary policy tool: its open market operations. The execution of the Feds open market operations are conducted, appropriately enough, by the Federal Open Market Committee (FOMC). If the Fed believes that the economy would benefit from monetary stimulusthat is, an expansion of the money supplythe Fed directs the FOMC to purchase U.S. government bonds. The purchase of bonds replaces the bond holdings of financial institutions (banks) with cash, which the banks then lend to customers, who put the funds to productive use by expanding business operations. Thus, the FOMCs purchase of bonds results in more money circulating through the economy, which represents an increase in the money supply. As a response to the 2008 financial crisis, the Fed initiated a program referred to as quantitative easing (QE) to shore up the financial markets. QE is essentially nothing new but the Feds open market bond purchase program on steroids (but lest we confuse Ben Bernanke with Alex Rodriguez, unlike in professional sports, this performance-enhancing activity is perfectly legal).

At the time of the writing of this book, monetary easing has continued to be the dominant Fed policy, but if the Fed believes that inflation is becoming the overriding concern, its policy will likely shift to monetary tightening. To execute this shift, the Fed will direct the FOMC to sell bonds, thus replacing bank cash holdings with bonds. An increase in the bond holdings of banks diminishes the money available to create bank loans. This action will help put the brakes on the economy. Thus, the ultimate result of FOMC bond sales is a reduction in money circulating through the economy.

An acknowledged tenet for policy makers is that financial markets abhor uncertainty. With that in mind, the Fed generally provides a signalalbeit often a bit muddledof its long-term monetary policy intentions. Alan Greenspan famously was quoted as saying, ”What I’ve learned at the Federal Reserve is a new language which is called Fed-speak. You soon learn to mumble with great incoherence.” The instrument of choice for signaling market participants about impending shifts in Fed strategy is the Fed discount rate, which is the rate on loans the Fed extends to banks. The amount of lending that actually results via the discount window (from the Fed to banks) is minimal; however, the discount rate has historically offered a reliable signal of the Feds long-term policy intentions. An increase in the discount rate signals that the Fed will be more restrictive in its open market operations (a reduction in the amount of future bond purchasing, or perhaps the FOMC will sell bonds). In contrast, a decrease in the discount rate signals that future policy will be easy (the FOMC will expand its bond purchase program).

To recap, the Fed executes its monetary policy intentions through the purchase and sale of U.S. government bonds, which is conducted by the FOMC. To avoid creating undue turmoil in the financial markets from an unexpected policy move, the Fed uses the discount rate as a signal of its long-term policy intentions. A rate increase is intended to signal market participants to expect the Fed to initiate a more restrictive policy at some point in the near future. In contrast, a decrease in the Fed discount rate signals market participants to  expect an expansive future monetary policy in the coming months. 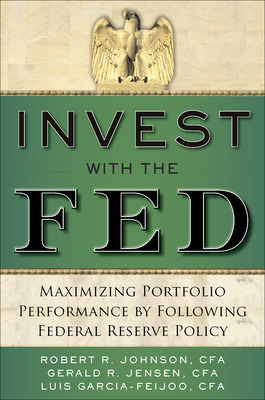