Guest post from Patrick Sweeney, author of What You Aren’t Seeing.

In the midst of a seminar that Herb Greenberg, the founder of Caliper, and I were conducting with a room full of first-time managers, we quickly discovered that they all seemed to be sharing a newfound sense of being completely overwhelmed. To try to bring their understandable concerns into perspective, Herb, whose inspirational story was the basis for a book I just wrote called What You Arent Seeing, asked, “How many of you have had a manager who was so wonderful that he or she became your mentor?”

We were knocked out that most of them raised their hands.

You are among the fortunate ones, Herb told them. (Ordinarily, when we ask a room full of first-time managers that question, less than half of them raise their hands.)

Then Herb asked, ”What did you learn from your mentor that you carry with you and you bring to your approach to management today?”

We heard enthusiastic stories about mentors who brought people under their wings, who confided in them, who shared their thought processes on difficult decisions, who included them in high-level meetings, and who honestly cared about them and their future.

Then, I asked, “How many of you have had a manager who was a complete jerk – someone who you swore you would never be like?” (Ive always believed that any good question reversed is an equally good question.)

And everyone raised their hands.

So, I pursued, ”What did you learn from that jerk that you carry with you today  and that you’ve promised yourself you will never be like as a manager?”

What surprised Herb and I most was the energy in the room. People inadvertently interrupted each other, then apologized, as they excitedly wanted to share their story about what their jerk of a boss had done.

As the room became clamorous, we thanked them and told them that they were helping us discover something quite amazing.

Ironically, we sometimes learn more from people who we do not want to be like, from the jerks of the world, than we do from those who have our best intentions in mind.

Or maybe its not that we learn more from them.

Maybe its just that we remember them more.

And we still feel the passion of wanting not to be like them.

If we ever become leaders, we promise ourselves, we will be the exact opposite of them.

The last thing in this world that we would want is for anyone, in any way, to even vaguely confuse us with them.

So we carry their negative messages with us. Deep inside. Embedded in our subconscious. And we insist, with every fiber of our body, we swear that we will not be like them.

To the universe, we shout, No!

So, here’s to all the jerks we’ve had as bosses. And to all they taught us about ourselves.

Thank you, you absolute jerks!

Patrick Sweeney is a consultant who collaborates with executives on their thought leadership, resulting in books, articles and speeches that position them and their organizations for success. You can reach him at Patrick@ThePatrickSweeneyGroup.com

Patrick Sweeney is a consultant who collaborates with executives on their thought leadership, resulting in books, articles and speeches that position them and their organizations for success. You can reach him at Patrick@ThePatrickSweeneyGroup.com. 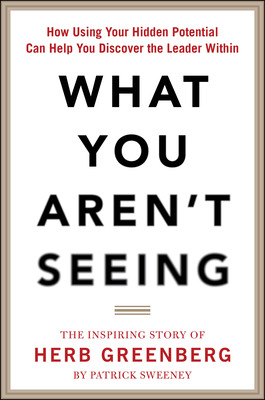