While Trump has a lot of things on his agenda to accomplish, we are concerned about the tax law changes that are apt to take place.

A president doesn’t have the authority to make changes to the Internal Revenue Code all by himself. The House Ways and Means Committee must present a bill to be voted on by the full House of Representatives. If the bill passes, with a majority, it goes to the Senate. The Senate Finance Committee studies the House Bill. Before putting the bill to vote in the Senate, the Finance Committee often makes changes. If they do, and the Senate passes the bill – then it goes to a Joint Committee of House and Senate members to sort out the differences.

Historically, the two houses of Congress never agree absolutely. There are practically always differences between the two sets of legislation. Even if they work quickly, no Trump-based tax laws will get passed within the first 60 days.

EXCEPT! They keep saying that they are ready to scrap the Affordable Care Act (ACA) – also known as Obamacare. They don’t really have anything solid to put into its place. So beware, if they do succeed in scrapping it.

If ACA goes, here is the potential effect for tax purposes – in 2017.

However, the biggest impact to you will be the kind of health insurance coverage you will be able to afford.

The good news is – they expect to leave the feature requiring insurance companies to cover adult dependents under age 26.

Sit back and wait to see what develops.

Known as TaxMama® for both her warmth and her nagging, Eva Rosenberg, is an Enrolled Agent, licensed by IRS and the U.S. Treasury Department. Her nationally syndicated Tax Watch column on MarketWatch.com is eagerly anticipated by readers, wondering just what IRS button she’s going to push next. Eva is also the publisher of TaxMama.com, and author of Ask TaxMama® on her website.

Known as TaxMama®, Eva Rosenberg’s frankness, sense of humor and casual, chatty delivery makes her a welcome talk show guest and speaker around the country. An Enrolled Agent, licensed by the IRS and the U.S. Treasury Department, Eva is the publisher of TaxMama.com, and the author of Ask TaxMama® on her website. Her TaxQuips podcasts also keep people entertained and informed. 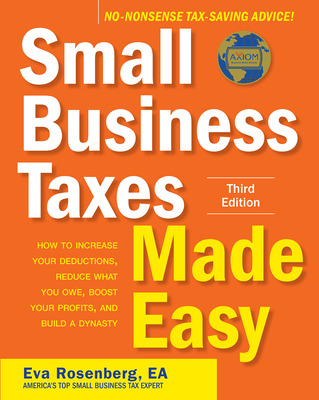