Finance and investing expert Robert Johnson discusses whether investing in cryptocurrencies like bitcoin is strategically sound or simply too speculative.

My favorite day of the year is quickly approaching – the day of the Berkshire Hathaway Annual Meeting. It is not your typical shareholder meeting, as approximately 40,000 shareholders descend upon Omaha, Nebraska for the event. The meeting is held in the Century Link arena – home of the Creighton Bluejays basketball team – and Berkshire Hathaway devotees line up hours before the doors open at 7:00 am. The event has been referred to as “Woodstock for capitalists,” and as someone who has attended for decades, it simply never disappoints.

The highlight of the experience is the question and answer session presided over by the 87-year old Chairman and CEO Warren Buffett and his 94-year old Vice Chairman Charles Munger. The wit, wisdom and communication abilities displayed by Buffett and Munger are unparalleled and a model for corporate America.

Being born and raised in Omaha exposed me to Mr. Buffett long before he became an investment rock star and “The Oracle of Omaha.” I became an avid reader of Buffett’s annual letters and learned more about practical investments from his writings than through my formal education in finance and investments. To me, Buffett has always been “true north.” In fact, he inspired me to co-author Strategic Value Investing (McGraw-Hill, 2014) with Stephen Horan and Tom Robinson. I am proud that the book appears on Mr. Buffett’s Berkshire Hathaway reading list this year, as it has for the past two years.

The Rise of Cryptocurrencies

Without question the biggest development in the financial markets this past year has been the rise of cryptocurrencies. When people find out that I have a Ph.D. in investments, invariably they ask me about my opinion on bitcoin and if they should “invest” in the cryptocurrency. Now, I can’t be certain, but I would bet that Buffett and Munger will have a question directed to them about the cryptocurrency market and their outlook on bitcoin.

While the digital currency market has recently cooled, even with a 50 percent loss in the first quarter of 2018, cryptocurrencies now have more than $260 billion in market capitalization, making that market bigger than all but eleven American corporations (one of which, of course, is Berkshire Hathaway). Stories of bitcoin millionaires abound, and many individuals rushed into the market, fearing they would miss out on this “once in a lifetime opportunity.” Disturbingly, people have even mortgaged their homes to buy bitcoin.

Miller founded Miller Value Partners in 2016 after a 35-year career at Legg Mason, where he gained notoriety for his remarkably consistent investment results. In 2002, noted financial author Janet Lowe wrote a book entitled The Man Who Beats the S&P: Investing with Bill Miller. His Legg Mason Value Trust had an unprecedented run, beating the S&P 500 for 15 straight years through 2005.

Much of Miller’s success was due to making concentrated bets, but nothing on the scale of half the fund. In fact, his downfall at the time of the financial crisis was the result of taking and subsequently doubling down on large positions in financial stocks like Bear Stearns and AIG.

Is There Value in Investing in Bitcoin?

To be clear, the words “value” and “bitcoin” should be nowhere near each other. Buffett and Munger have always been value investors. A value investor is one who attempts to identify assets selling under intrinsic, or true value. Assets like stocks, bonds, and commercial real estate can be valued by projecting future cash flows and discounting them back to the present. If the present value of future cash flows is dramatically less than the current selling price, you have identified a potential value investment. And, the larger the gap between intrinsic value and selling price, the larger the margin of safety.

Individuals buying bitcoin are simply speculating. A speculator is betting that he will eventually be able to sell an asset for more than he paid. Bitcoin is more like gold than it is conventional financial assets like stocks and bonds. Warren Buffett has said “If you put your money in gold or other non-income producing assets that are dependent on what someone else values that in the future, you’re in speculation.” In other words, speculators rely on the greater fool theory — that they will find a greater fool than themselves to sell their asset to in the future.

Too Good to Be True?

On bitcoin and other cryptocurrencies, Mr. Munger has been more direct, saying at a University of Michigan event “I think it is perfectly asinine to even pause to think about them. It’s bad people, crazy bubble, bad idea, luring people into the concept of easy wealth without much insight or work.”

My favorite quip about cryptocurrencies is from octogenarian T. Boone Pickens who said “At 89, anything with the word “crypt” in it is a real turnoff for me.” 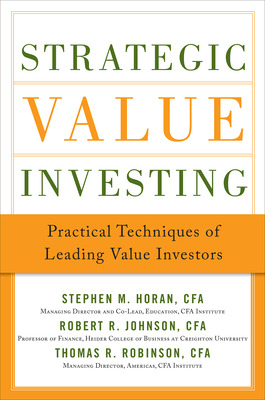