Managing is making decisions, right? Managing well is making rational decisions – or so we’re told. We’re so steeped in a culture of “rationality” that we’re no more aware of it than a goldfish is aware of the water in the bowl.

Yet rationality is a made-up thing, a construct, invented in Germany in the XIXth (as opposed to “reason” or being reasonable, which has been around for a much longer time and is much harder to define). Rationality implies that our actions are in line with the outcomes we seek – the reasons for these actions – premised on the idea that our beliefs are in line with our reasons to believe.

We’re acting rationally when we make decisions that should reasonably lead to our stated outcomes, based on assumptions that reasonably conform to what we know of the world right now.

As a main driver to explain human behavior, rationality has long been recognized as, first, bounded, because no one ever has the full information to act truly rationally, and biased, as we’ve progressively found that human minds are mostly rational, but with some in-built preferences.  These include: making the pain of loss being more important than the joy of gain (and thus being loss averse); preferring held beliefs to new information; and cherry-picking arguments that support one’s point of view.

But no matter how sophisticated our understanding of rationality gets, the one legacy of the prism of a mostly rational thinking process is that we tend to see events unfold as a sequence of decisions.

A rational decision is one where the goals have been formulated explicitly (and are considered rational as well); where judgement criteria have been outlined as what is a good or bad outcome; where alternatives are spelled out; and where a thorough analysis of the potential of these alternatives leads to making a final decision.

Of course, when you spell it out this way it sounds completely banal and perfectly ludicrous – no one ever decides that way in real life. Context is all, and the context is often unclear and overwhelming. Emotions drive behavior and we’re social creatures so the cues from our peer group tend to obscure any other decision criteria. At best, we can say that most real-life decisions are not completely irrational.

And yet, we build trains and planes and cars and run them mostly on time, which allows people to have successful jobs creating value, and the whole establishment can seem a bit loopy at times, but on the whole it runs. And without that many conscious decisions involved. Things work out willy-nilly.

Maybe Decision-Making is Not the Best Lens

In the same way XIXth century thinkers narrowed down on “ideal-type” decision, stylized decision moments to understand what was going on, we can look at “ideal-type” problems: generic problems people either know how to solve – or not. There is an infinite list of such problems: handling a cheesed off customer, hiring talent, getting material shipped from one place to the other, keeping accounts and having the books approved, and so on.

With this set of lens, every job can be broken down into a shortlist of typical problems that people face. Some of these problems are routine, and every competitor faces them every day, some are new and require mulling over to understand them. Some of these problems are easy; some are tricky. And both these dimensions are very context related. Paying a taxi with a credit card is obvious in Scandinavia, and hard in Paris. Most ATMs are kept indoors in banks (which close early) or shops in Japan, and so on.

As opposed to decision-making which focuses the analysis on spot moments out of context, typical problem solving makes you look at things very differently, as it’s based on:

By seeing work as typical problems, we can adopt a developmental mindset, as any person can choose to progress through either:

Grappling with problems that way also offers a specific vision of learning. Not every problem is new and some have been solved for centuries, even if context varies. Some solutions are pretty stable across the board and can be considered “typical solutions” –  generally the right way to go about solving this type of problem even though the specific solution will vary from situation to situation. Other problems are new and open ended and the only way to solve them is get into the fray, try stuff, get it wrong, reflect, and try again until the problem itself is better understood.

Learning can be seen as the constant search for discernment between:

Understanding learning in terms of constantly seeking to discern heritage solutions from legacy ones solves one of the greatest dichotomies implicit in looking at decisions – the intuitive distinction we make between discovery (figuring things out, looking for options) and delivery (making it so). In real life, forcing this path to be sequential is silly because when you first get into an issue, you have very little solid facts to base the discovery on (which tends to become blue-sky wishful thinking) and conversely, when information abounds at the delivery stage, people tend to be so focused on implementation that they ignore the real-life data that should instruct the discovery.

Changing the Way You Look at the World

By looking at the world as typical problems and typical solutions, discovery and delivery occur simultaneously, in two parallel but connected thinking tracks. As we familiarize ourselves in greater depth with typical problems we both deepen our intuitive grasp of complex systems whilst remaining open to new facts and surprising connections that can lead to total reframes – and fresh thinking.

As a mental experiment, try to rethink the key decisions you made in the last six months in terms of the typical problems you master, and those that challenge you but you visibly don’t handle well. I’m willing to bet the decision making process will appear very differently, and, in particular you will be better able to see the difference between outcomes and results.

Seeing the world as typical problems/typical solutions radically changes our worldview because it makes it people-centric. Rather than looking for abstract truths it helps us see the world through people’s eyes – and our own – which makes everything far more manageable by letting us know what to work on, and it saves us from taking “decisions” out of context and independently of any learning curve. 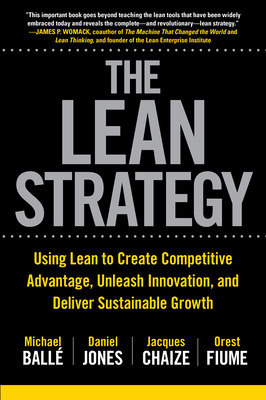